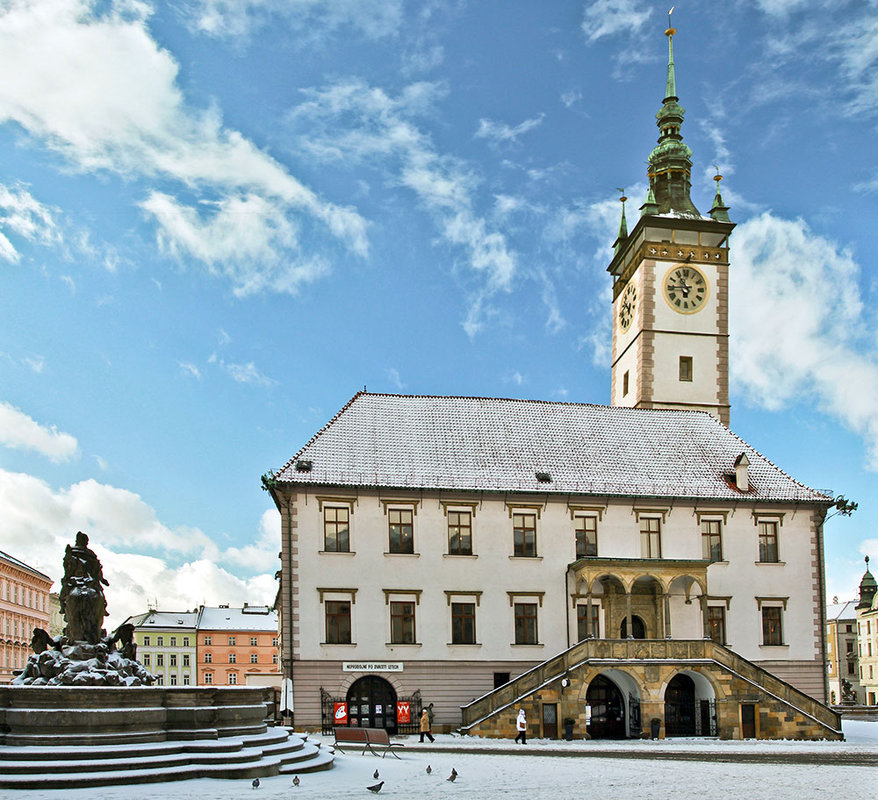 Main Entrance of the Town Hall at Olomouc

In the second half of the fifteenth century and in the sixteenth century Olomouc was Moravia’s most important city. The seat of a bishop, and frequently visited by rulers such as Matthias, Vladislav, and Ludwig, Olomouc held itself in high esteem. The apex of the rich building activities of the last third of the 15th century was the rebuilding of the town hall (1488), which was altered in the new Renaissance style. In 1529 work on the Great Hall where the city council met was completed, and a grand entrance constructed by sculptors from northern Italy. This main entrance played an important role in the development of Renaissance decoration in Bohemia, and preceded the Belvedere of Queen Anna.
Antonín Kalous