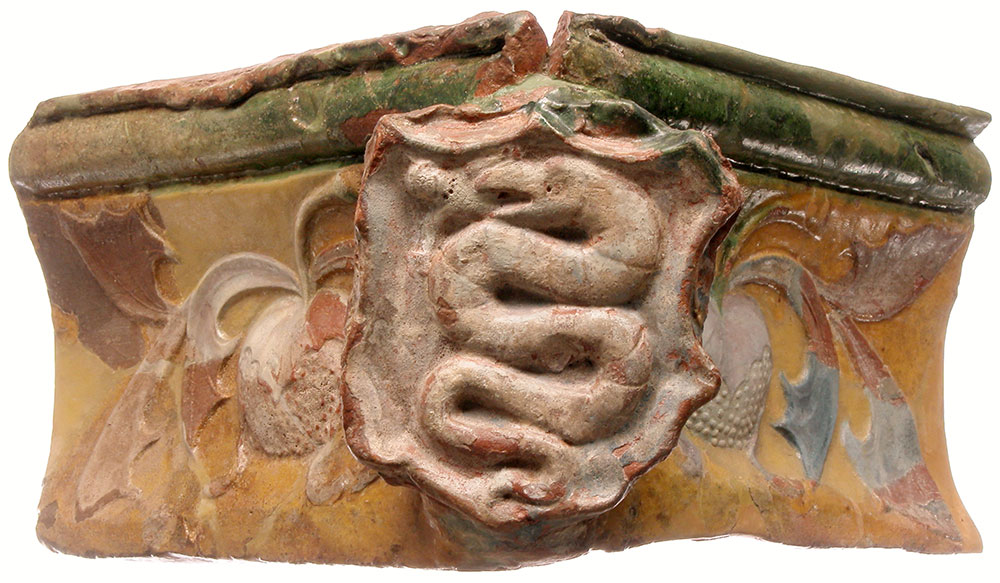 This is one of the extant Renaissance tiles from the Grand Ducal castle at Vilnius; it depicts a snake with a child in its mouth – the Sforza coat-of-arms. At the end of the fifteenth century, this Milanese noble family joined the power struggle between the Habsburgs and the Valois over the Apennine peninsula. In 1493 Maximilian I married Bianca Maria, the younger sister of Duke Gian Galeazzo, as his second wife. At the Emperor’s suggestion, Bona Sforza, another member of the family, became the second wife of Sigismund I, King of Poland and Grand Duke of Lithuania.
Anna Ziemlewska