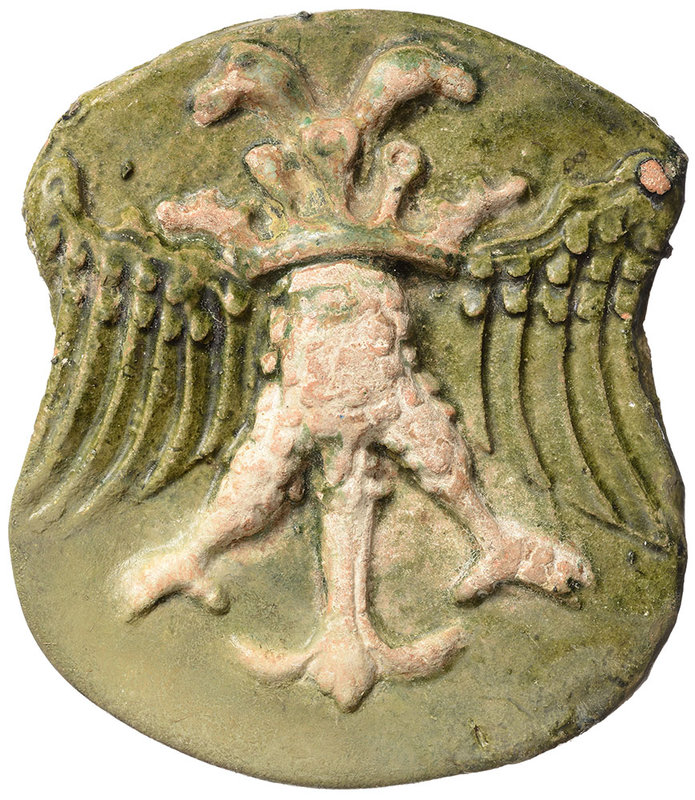 The Lithuanian Grand Dukes resided in the lower castle at Vilnius, which was rebuilt in the Renaissance style during the reign of the last Jagiellons. A collection of tiles produced in the sixteenth century for the castle’s interior has survived. This example depicts the arms of Lithuania (a white knight), of Poland (a white eagle), of the Kingdom of Bohemia (a rampant lion) and the Holy Roman Empire (a double-headed eagle). The Jagiellons had intermarried with the Habsburgs. In the year 1543, the marriage of Sigismund II August and Elizabeth, the oldest daughter of Ferdinand I and Anna Jagiello (a daughter of Vladislav II of Bohemia and Hungary (Polnisch Vladislav II Jagiello), was celebrated. The couple resided for some months in Vilnius. The young queen suffered from epilepsy and died in Vilnius in 1545. She was buried in the cathedral beside the royal residence.
Anna Ziemlewska