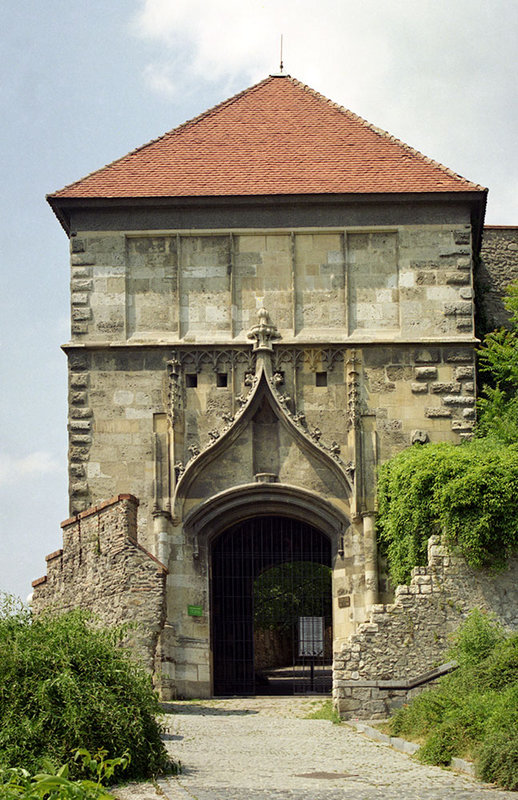 The castle of Bratislava/Preßburg has undergone such an extensive transformation since the Hapsburg-Jagiello double wedding that we must rely on earlier depictions and reconstruction drawings to gain a sense of its former appearance. However, the tower-like door above the southeastern entrance – the so-called “Sigismund Gate” – is well preserved and looks today as it did in 1515. The entrance takes its name from the Hungarian, Roman, and Bohemian King (later the Holy Roman Emperor) Sigismund of Luxembourg. Sigismund was the son of Charles IV and ruled the Kingdom of Hungary for fifty years (1387-1437). He was especially fond of Bratislava/Preßburg and held the city in high regard. He ordered a comprehensive and grand rebuilding of the castle of Bratislava/Preßburg, during which this entrance was constructed. The Sigismund Gate is a tower-like stone structure with a square ground plan and ribbed vaults in both stories. A segment arch covered by a second, ogee arch, spans the entrance’s main portal, which is located on the eastern side. Spires also flank this upper arch. The door functions as the entrance to the castle.
Denkmalamt der Slowakei, Bratislava