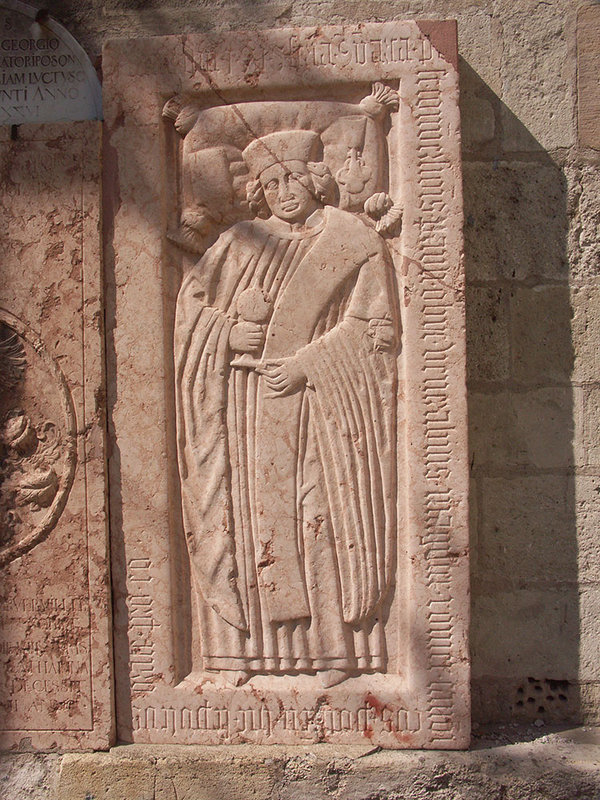 The Tomb of Canon Kaspar Romer

This tomb features a kanoniker in relief dressed in his finest vestments. He is half lying, half standing, with a pillar under his head and a hand on the tabernacle. A Latin text in late miniscule frames the relief: + Anno d(omi)ni 1515 feria quarta po/st conversion(n)is Pauli obiit venerabilis magister romer cano(n)i/cus po[so(ni)]en(sis) hic sepultus / orate pro eo) (+ In the year of our Lord 1515 on the Tuesday after the Conversion of Saint Paul the honorable Magister Romer, kanoniker of Pressburg/Bratislava, has died, and he is buried here, pray for him). The date (1515) was added later and is incorrect (in 1517 Romer was still alive and acted as a witness to a last will). As A. Zajic has pointed out, such tombs were standard for high-ranking clergy at that time. (Kaspar’s tomb is very similar to that of Vinzent Paurenbeint (1517) at Baden).
Juraj Šedivý