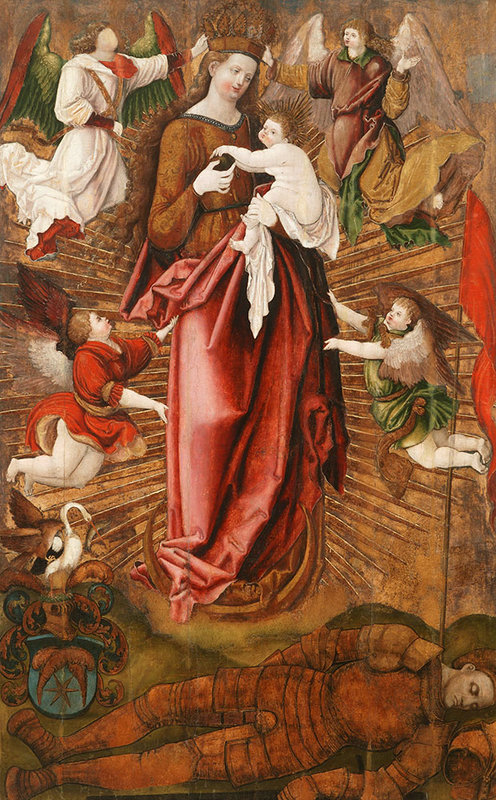 Epitaph of Imrich Czobor from Skalica

This extraordinarily large panel depicts the Virgin Mary with a knight in armor stretched out at her feet. Both figures recall prints completed by Albrecht Dürer in 1508 and 1502/3 respectively. Other prints produced by Dürer in 1513 informed several of the angels in the upper part of the painting. The coat of arms with crown and ostrich feathers has been identified as that of the House of Czobor. It consists of a six-pointed star and crossed ostrich feathers set on a blue shield. The crowned helmet is also decorated with a heron clutching a fish in his beak, although the heron has in turn itself become the victim of another bird of prey.The combination of handling, coat of arms, and the influence of Dürer suggests that this work was commissioned by a member of the House of Czobor, most likely Imrich Czobor I. Imrich was captain of Bratislava Castle and a courtier, as well as a diplomat in the service of the Hungarian King Wladislav II Jagiello.
Dušan Buran