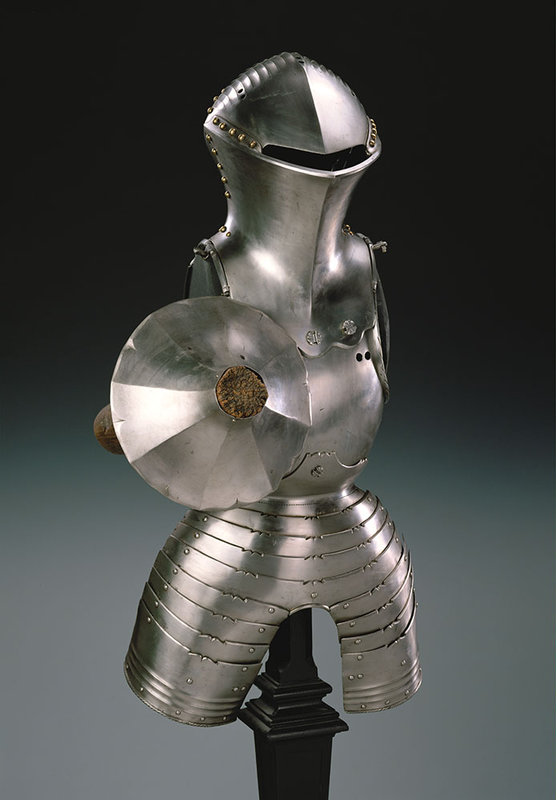 Konrad Poler worked as an armorer for Emperor Maximilian I between 1492 and 1510. He created a jousting armor for the Emperor that the latter wore in tournaments and during the Congress of Vienna of 1515. By 1475, specialized jousting armor had evolved, the elaborate and technically refined protection worn by participants in this dangerous sport. Although the helmet was fixed to the back of the breastplate, it could be adjusted by turning the a screw (Zagelschraube). The heavy lance was placed on the lance rest on the front of the breastplate; a second support, or “queue,” at the back helped to support and balance the rear end of the lance. The armor protected all exposed and potentially endangered parts of the body. In addition, a thick, leather shield was attached to the breastplate. MP