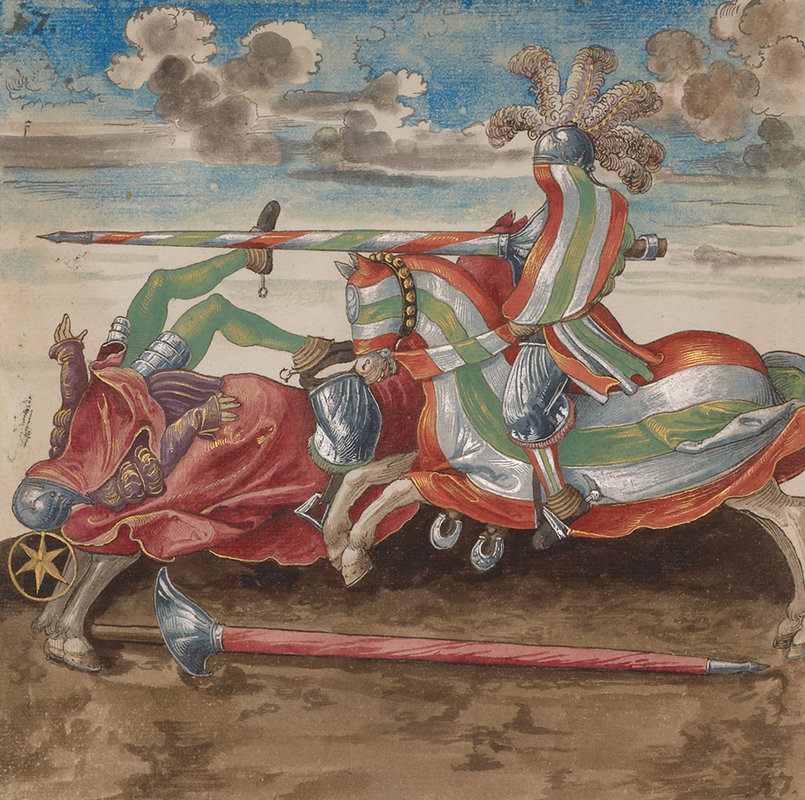 "Freydal": The Tournament Book of Emperor Maximilian I

The tournament book Freydal is one part of a much larger autobiographic cycle of the Emperor’s life, which also includes the books Theuerdank and Weisskunig. Freydal contains 255 miniatures depicting the tournaments (which included jousts of peace, jousts of war, and foot combat) and court festivities such as a masked ball. Like Theuerdank and Weisskunig, Freydal should have been printed but the project remained in its unfinished painted form. Only five woodcuts by Albrecht Dürer survive. The Vienna Freydal is artistically heterogeneous. Several paintings with gold and silver highlights are coupled with simple colored ink drawings. Quirin von Leitner has identified no less than twenty-six different artists who contributed to this tournament book. Influences from southern Germany compete with Netherlandish ones. SK