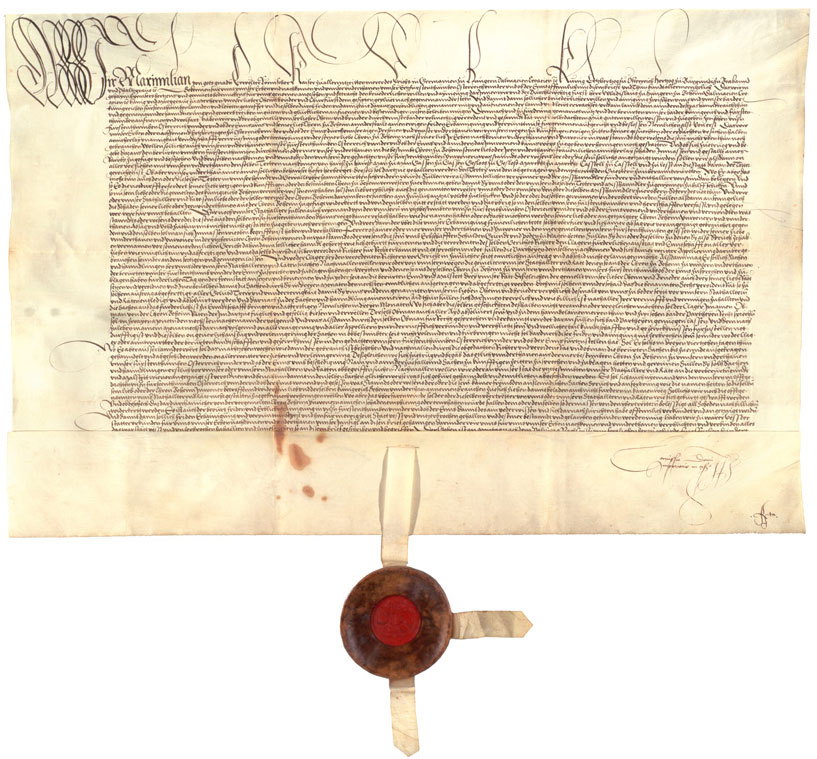 Treaty between Maximilian and Vladislav (1511)

The rapprochement between Emperor Maximilian and King Vladislav of Hungary and Bohemia had begun long before 1515. In 1490 the rulers had gone to war over the Hungarian crown, but they eventually drew closer. Following long negotiations Emperor Maximilian I, who laid claim to the title of King of Hungary, in 1511 concluded a treaty of “eternal friendship” with Vladislav, and the Crown of St. Vincent. The treaty stipulated relations between Austria and Bohemia, providing a solution for future border conflicts.
Antonín Kalous