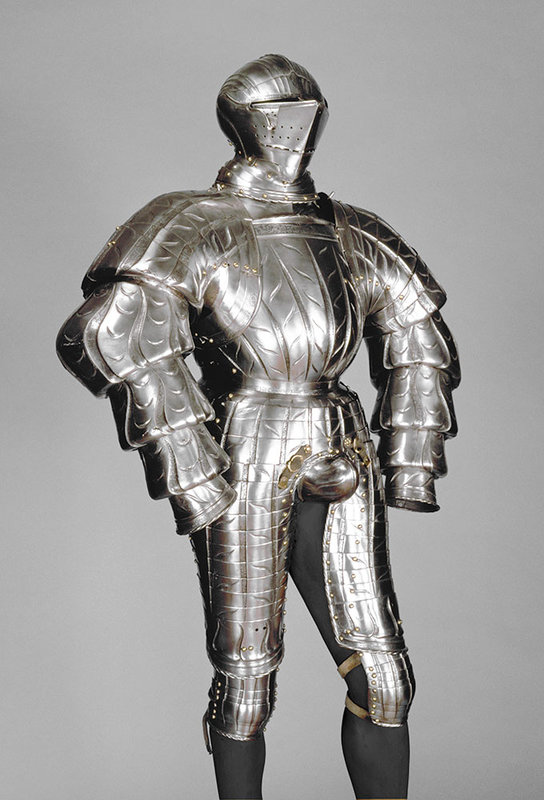 Wilhelm von Rogendorf joined the Habsburg court as a young boy during the reign of Emperor Frederick III. Until his death in 1531, he remained in the service of the Habsburg family. 1510-1520 the courtier was a close confidante of Emperor Maximilian I and Archduke Charles V. In 1515 Rogendorf took part in the negotiations and preparations for the Congress of Vienna. In 1520 he represented Archduke Ferdinand I at his wedding per procurationem with Anna of Hungary at Innsbruck. The Rogendorf Armor is an unusual masterpiece of German armor-making. It imitates the “puffed and slashed” fashion favored by the lansquenets, the Renaissance mercenaries from southern Germany. In the early 1520s Rogendorf accompanied his Emperor Charles V to Spain where he commanded the imperial bodyguard. In 1524 he was the first German-speaking nobleman to be accepted into the Calatrava Order of Knights. SK