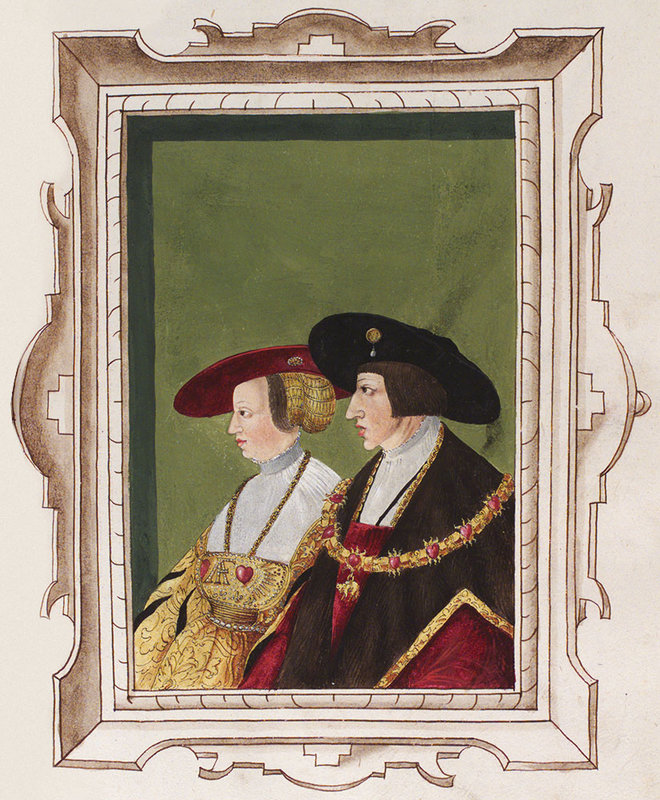 This portrait of King Ludwig II and Queen Maria of Hungary and Bohemia is from the portrait book of Hieronymous Beck von Leopolsdorf produced around 1550-70. It reproduces a lost original executed shortly after their wedding in 1522. It was originally one of a pair; the now lost companion piece depicted Archduke Ferdinand and Anna of Hungary. This double portrait is also included in the portrait book mentioned above (fol. 119). The pictures of the two couples have been linked to the artist Hans Maler, active around 1520 in Schwarz (in Tyrol), who painted a large number of portraits of members of the Habsburg family. His profile portrait of Ferdinand (in Florence, Rovigo) copies the sitter’s likeness from a particular medallion. From the 1520s portraits in various media painted to imitate those on medallions enjoyed wide popularity throughout the Habsburg domains. SK