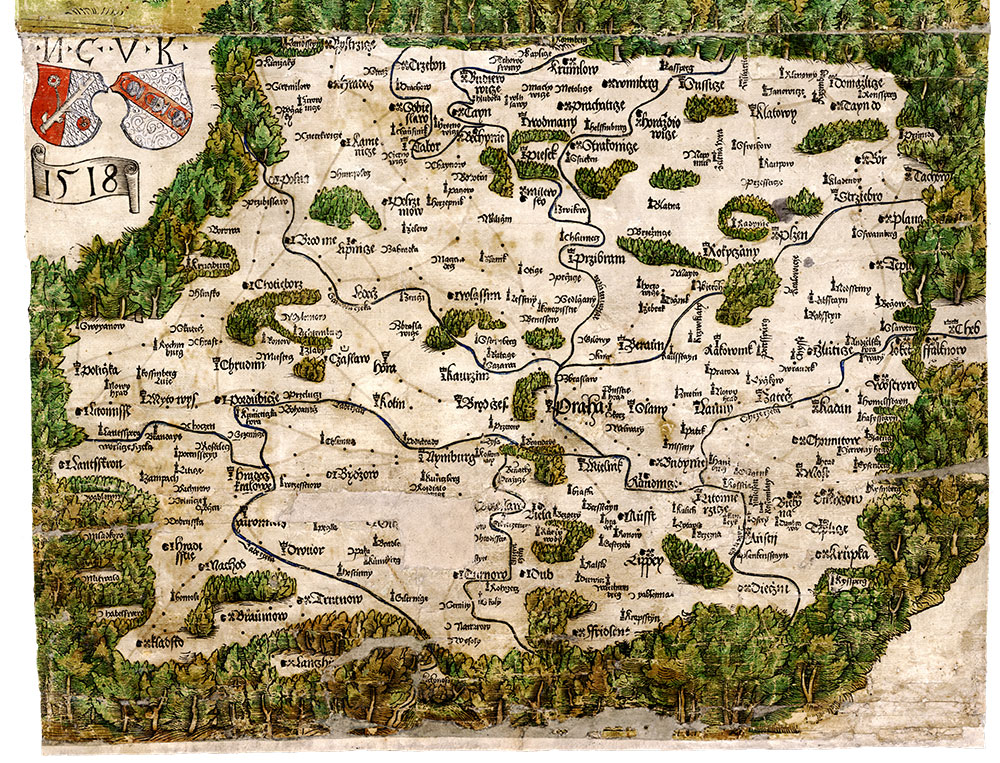 Map of Bohemia by Mikuláš Klaudyán, 1518

Mikuláš Klaudyán, a doctor from Mladá Boleslav, produced the oldest printed map of Bohemia; it shows the country’s political, social, and geographic situation in 1518. At the top are King Ludwig with the arms of his realms, the Bohemian diets, the titles of the country’s civil servants, the arms of the leading noble families and of the cities. The map itself depicts Bohemia. The most important cities are arranged according to their religious affiliation, Utraquist or Catholic, and whether or not they are royal cities. The most important castles are also identified according to their religious affiliation. The map also includes roads and the distances covered by travelers in a day.
Antonín Kalous