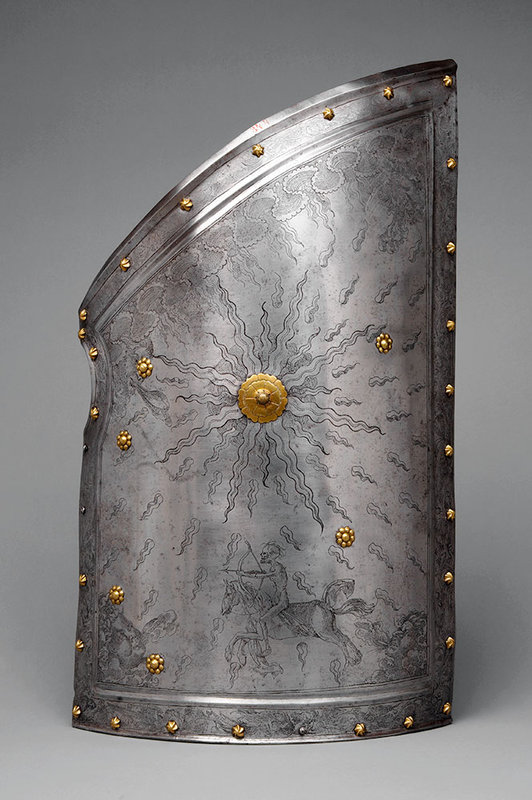 This type of Hungarian shield originated in Eastern Europe in the late Middle Ages. The shield’s curved upper part, which also gives it its name (Flugeltartsche), protected its wearer from enemy sabre thrusts. A notch on its upper edge functioned as a lance rest. The armorer from Innsbruck does not appear to have been familiar with this eastern European type of shield. The space meant for the lance is too shallow to serve any practical purpose. In addition, the shield is unusually lavish; made of iron (instead of wood) with etched decorations and brass studs, it was probably intended for ceremonial use. Its style suggests it was produced in the 1510s, possibly for the Vienna double wedding of 1515. SK