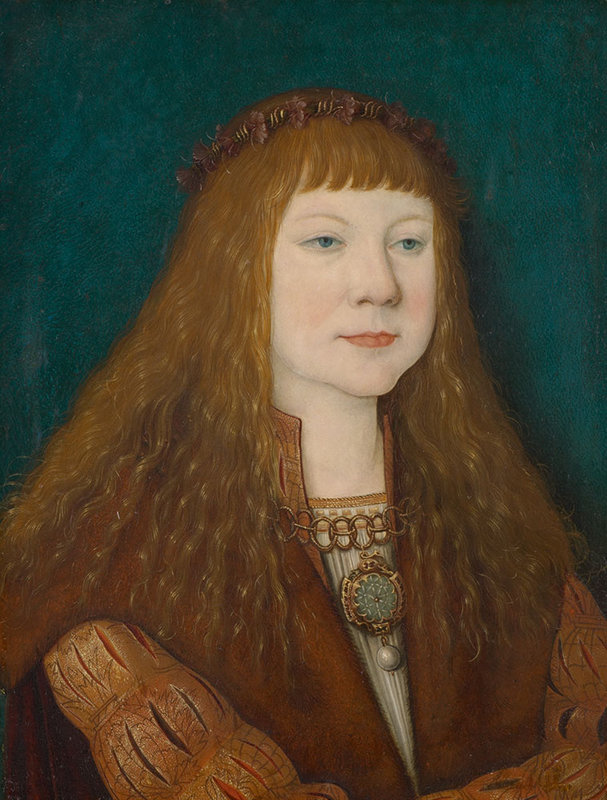 Bernhard Strigel from Memmingen was among Emperor Maximilian I’s favorite painters. Several portraits of Maximilian executed by Strigel around 1500 depict the emperor in a lavish overgown (Schaube) or gilded armor with the royal insignia.Strigel painted this small portrait of Ludwig, the young heir to the Hungarian-Bohemian throne, in connection with the festivities surrounding the double wedding of 1515.The garland of carnations on Ludwig’s head symbolizes his betrothal in Vienna to the Archduchess Maria. Ludwig probably sat for this painting in preparation for the famous portrait of the family of Emperor Maximilian I. In that composition young Ludwig stands next to Archdukes Charles and Ferdinand, who were close to him in age. SK