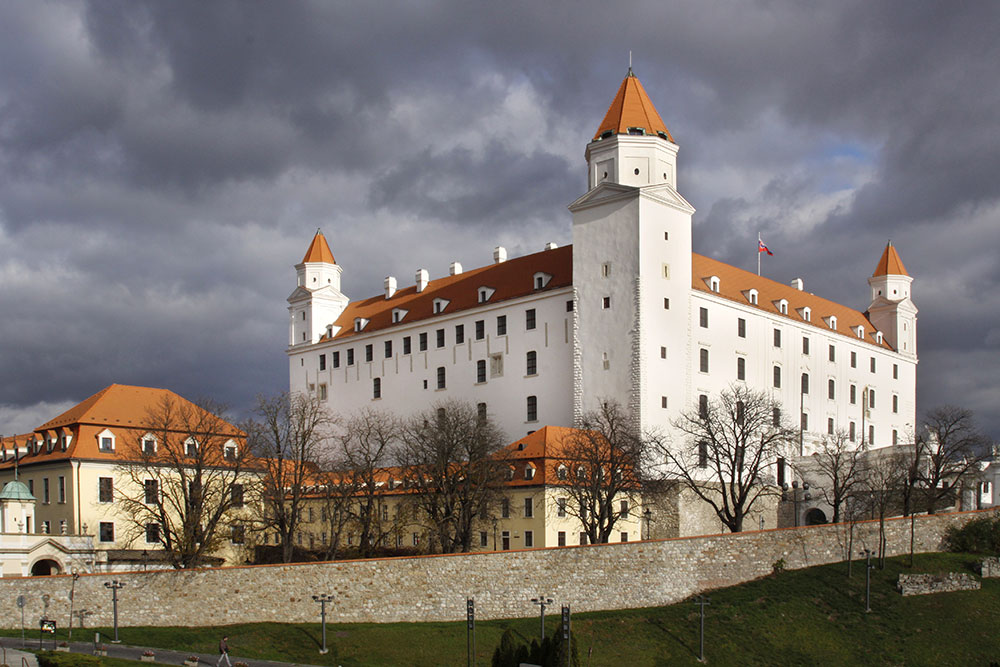 The castle of Bratislava/Preßburg is one of the most important historical buildings in Bratislava and the whole of Slovakia. The hill on which it stands was settled in early times because of its important strategic location, eventually becoming a center of power in the great Moravian Empire. In the Middle Ages the castle was greatly valued by the kings of Hungary, the Romans (Germany), and Bohemia and, later on, by the Holy Roman Emperor Sigismund of Luxembourg. Sigismund, an important and highly influential ruler, initiated an extensive rebuilding of the castle in the Gothic style, which gave the structure its rectangular plan. After the Turks had occupied large parts of Hungary, Bratislava became the capital and coronation city of the Hungarian kings. For nearly 250 years, the castle of Bratislava was Hungary’s most important royal castle. Its modern appearance dates from the reign of Maria Theresa. Heavily damaged in the Napoleonic Wars, the castle was subsequently burned down and remained a ruin until the first half of the twentieth century. Currently, it is the property of the Slovakian Republic and the seat of the Slovakian National Assembly. In the castle of Bratislava/Preßburg the three kings signed treaties on May 20, 1515 that led to the Congress of Vienna.
Denkmalamt der Slowakei, Bratislava