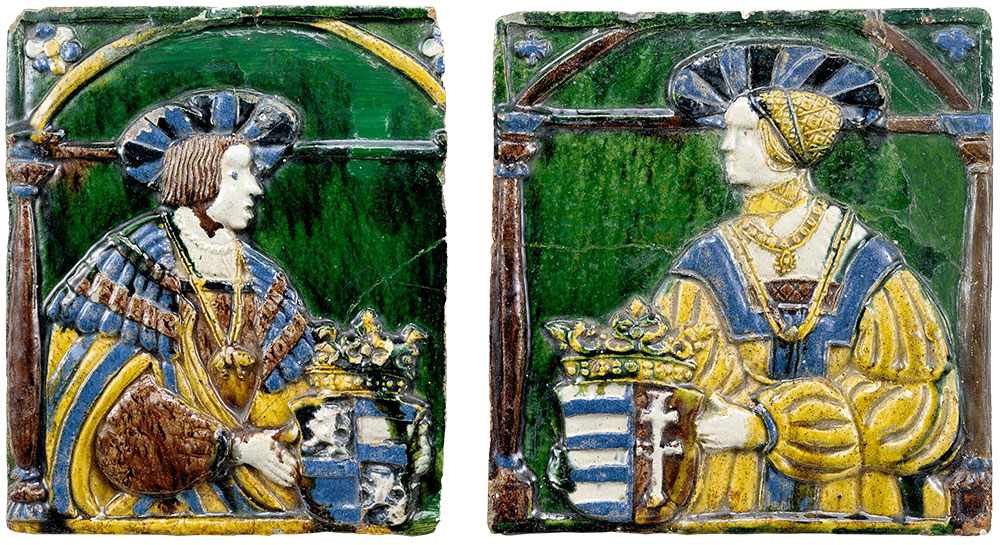 Within the arched frame of the stove-tile the half-length portrait of Ferdinand I facing left is depicted plastically with bright colours. His smooth hair is shoulder-length and he wears a broad hat and garments according to the Spanish fashion. Around his neck hangs the badge of the Order of the Golden Fleece. He holds the open-crowned coat of arms of Austria-Bohemia. The half-length portrait of Anne Jagiello is depicted in a similar manner and in a similar frame. She wears an ornate head-coif woven through with gold, a broad-rimmed hat, and around her neck a pearled brooch and a gold chain. Her dress is made according to the Spanish fashion. She holds an open-crowned Hungarian coats of arms.
The prototype for the tiles were provided by the engravings of Erhardt Schön of Nuremberg, which were published in the “bei Hans Wanderreisen” edition of 1526.