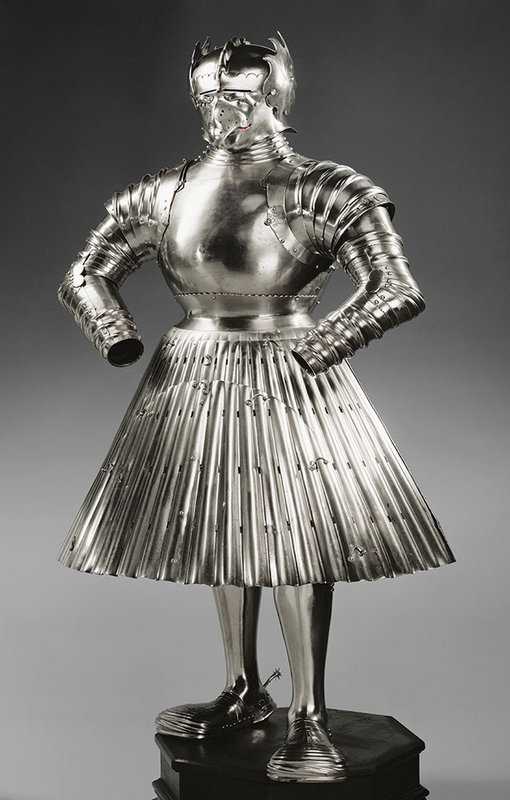 On April 10, 1529 Albrecht von Hohenzollern swore an oath of fealty at Krakow; shortly afterwards he became a vassal of the King of Poland. The Treaty of Krakow led to the secularization of the Teutonic Order in Prussia. As a secular ruler, Albrecht was free to marry. This armor, made in northern Germany in the Innsbruck style, was probably commissioned for the wedding of Albrecht von Hohenzollern (former Grandmaster of the Teutonic Order) and Dorothea of Denmark in 1526. was probably commissioned for his wedding to Dorothea of Denmark in 1526. To celebrate this happy event, a bride and groom are etched on the back of the armor. MP