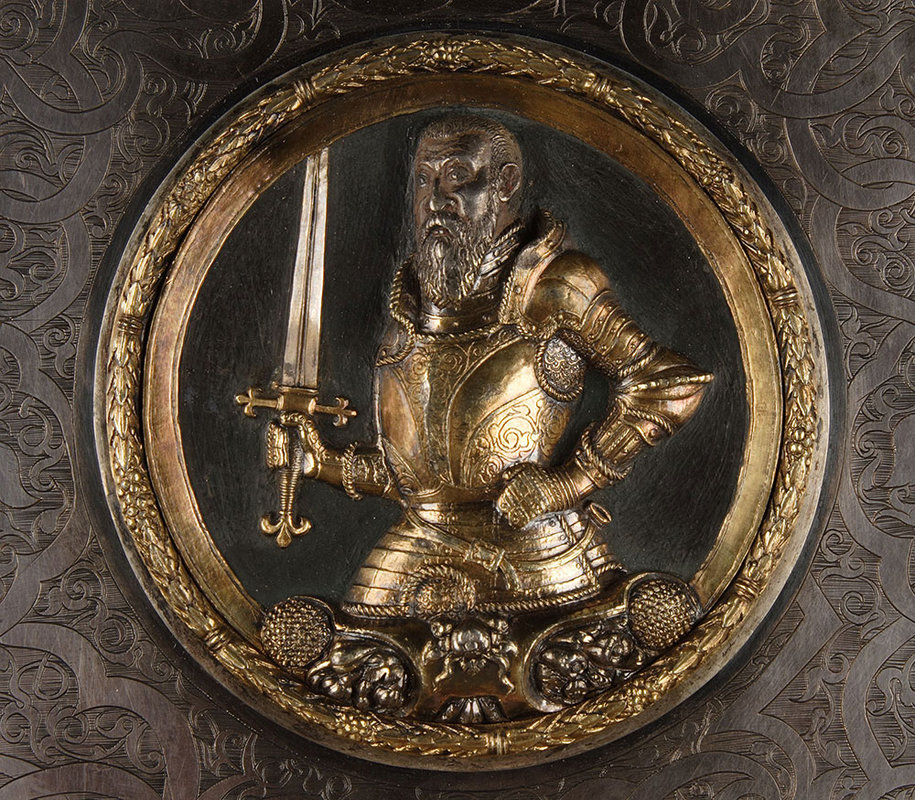 Medallion with the Portraits of Duke Albrecht von Hohenzollern

In 1511 Albrecht von Hohenzollern, the son of the Marquis of Brandenburg-Ansbach, was elected Grandmaster of the Order of the Teutonic Knights. Like his predecessors, he questioned the legality of the conditions set out in the Second Peace of Thorn, including the Polish annexation of Royal Prussia and the Ermalands, and Prussia’s submission to the King of Poland as her feudal overlord. He also refused to swear the Oath of Fealty to the Polish King. Emperor Maximilian I wanted to form an alliance against the Jagiellonians and supported Albrecht’s the revolt. However, at the Vienna double wedding of 1515, Emperor accepted Prussia’s legal position. The Order of the Teutonic Knights also signed an alliance with Moscow and in 1519-1521 tried unsuccessfully to regain their lost territories. In late 1525 the state of the Order in Prussia was secularized, as stipulated in the Treaty of Krakow. The first secular as well as Lithuanian ruler, Duke Albrecht of Hohenzollern, swore an Oath of Fealty to the King Sigismund I of Poland. Albrecht turned his capital Königsberg into an important political, economic, and cultural center. In 1544 he founded the Albertus University and endowed the so-called “Silver Library.”
This medallion, which shows Duke Albrecht of Hohenzollern, is in one of the most valuable book covers in the Silver Library. The inside cover depicts Anna-Maria, Albrecht’s second wife. In 1947 fourteen of the twenty volumes formerly in the Silver Library at Königsberg were removed to the University Library of Thorn.
Anna Ziemlewska