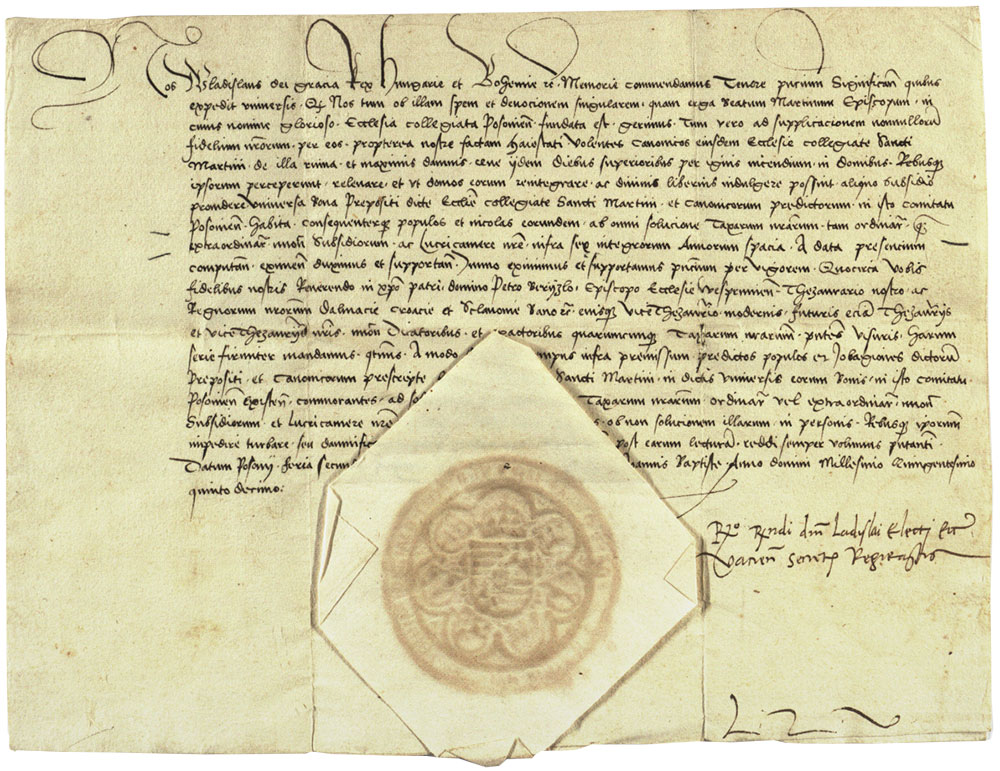 Notary from the royal bureau in Bratislava
Bratislava, 1515 VI 25
Paper with seal
Now in the archive of the Diocese Chapter of Bratislava, Private Archive 8-3-24

The Diocese Chapter at Preßburg/Bratislava not only participated in the liturgical activities organized around the meeting of the three monarchs, it probably also helped to arrange the kings’ and their retinues’ long sojourn in the city. This included preparing housing and food both for the clergy who accompanied the royal court and for the monarchs and their courtiers. During the meeting a fire broke out and damaged buildings owned by members of the Chapter. Afterwards King Wladislav/Vladislav Jagiello of Hungary offered the Chapter this compensation, which exempted property and citizens in Bratislava from all royal taxes for a period of six years.
Juraj Šedivý