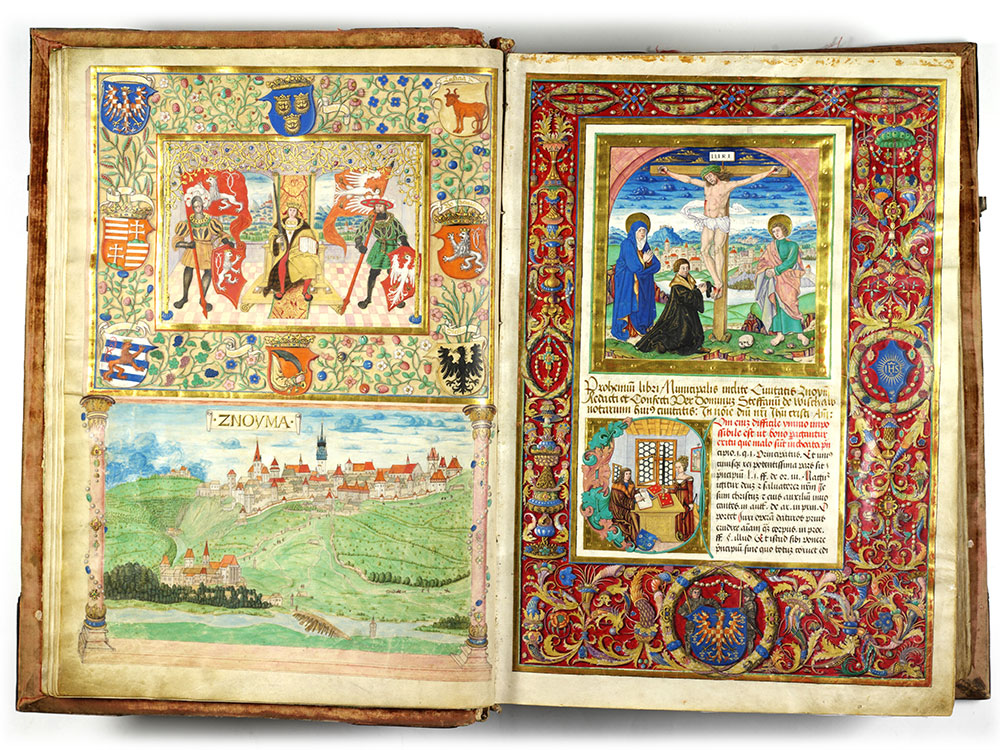 The Book of Rights of the City of Znaim (Europa Jagellonica, II.92)

The book of the city includes beside the text of the city right of Znaim-a richly decorated double page with secular and ecclesiastical seals. On the right are a crucifixion and the initials of the writer Štěpán of Vyškov. Znaim, which for a time belonged to Queen Mary, the wife of Ludwig II, was one of Moravia’s leading cities, and its importance is also documented by the detailed view of the city and the figure of the King on the left surrounded by heraldic emblems.
Antonín Kalous