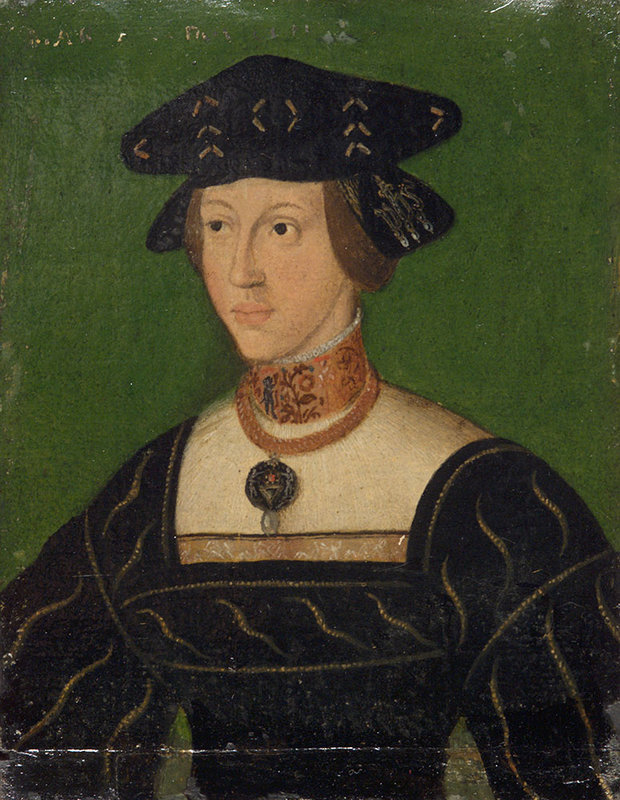 Portrait of Queen Maria of Hungary and Bohemia

This likeness of Archduchess Maria as Queen of Hungary and Bohemia is from the portrait collection of Archduke Ferdinand II of Tyrol. In the late sixteenth century Ferdinand commissioned a portrait gallery depicting celebrated contemporaries, relatives and ancestors for his collection assembled at Ambras Castle near Innsbruck. Many of these pictures have identical dimensions and are copies of portraits by other masters. The portrait gallery of Ferdinand II contains approximately one thousand works. This portrait of Archduchess Maria, the wife of King Ludwig of Hungary and Bohemia, copies a work by Maria’s court painter, Hans Krell. Another version of this painting is in the Portrait Gallery (Porträtgalerie) of the (Stiftung Preußischer Schlösser und Gärten), formerly in Königsburg, while a third, smaller version is in the Bavarian State Gallery at Bamberg. SK