The death of the Polish King and Lithuanian Duke Kasimir IV Jagiello on June 7th, 1492 marked the end of an important period in the history of both countries. At this time, the Jagiellonians ruled large parts of Central and Eastern Europe (Poland, Lithuania, Bohemia and Hungary), but the death of Kasimir dissolved the Polish-Lithuanian personal union. Johann I Albrecht was elected King of Poland while Alexander, another son of Kasimir IV, was elected ruler of Lithuania. The Polish-Lithuanian union was reestablished in 1501 when Alexander became Polish King following Johann’s death. After Alexander’s death in 1506, yet another son of Kasimir IV, Sigismund the Old, acceded to the throne. He ruled Poland and Lithuania from 1506-1548. The war between Lithuania and Moscow, which broke out after the death of Kasimir IV, enormously impacted both countries’ foreign affairs.

Moscow had declared itself the “Third Rome” and started a process of expansion by “gathering the Russian earth.” After a series of conflicts in 1493-1494, 1500-03, 1507-10, and after 1512, Lithuanian territory was reduced by a third, and the Lithuanian-Russian border retreated in part to the river Dnjepr. In July 1514, Poland and Lithuania suffered the devastating loss of Smolensk, an important fortress that controlled the area along the Dnjepr and the Düna. The subsequent Polish-Lithuanian victory in the great battle of Orscha on September 8th, 1514 did not fully mitigate this loss.

In Poland the reign of Johann Albrecht (1492-1501) is regarded as the period during which the Polish parliament (the sejm) evolved into its final form. In this institution the king, the Senate, and the representatives of the different regional diets (the sejmiks) were present. The first such sejm met on January 18th, 1493 at Petrikau.

Such Polish, later Polish-Lithuanian, sejms met for the next for three hundred years. The sejm of Radom decreed 1505 in the law nihil novi that the sejm could not reach a decicion without the consent of the representatives of the gentry (which included some of the Szlachta). 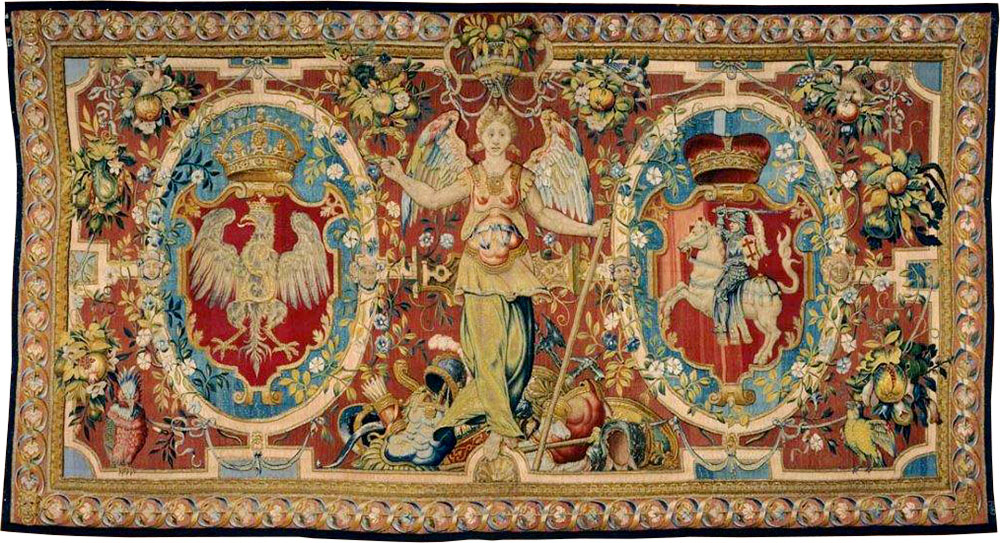 King Johann Albrecht’s foremost foreign endeavor was the conquest of the coastal area along the Black Sea (Kilija and Belgorod) in order to separate the Crimean Tartars, who were Ottoman vassals, from the Ottoman Empire. The Crimean Tartars had repeatedly invaded Polish-Lithuanian territories. The Polish campaign of 1497 against the Crimean Tartars ended in a Polish defeat. In addition to its wars with Moscow, Polish-Lithuanian foreign policy in the period leading up to the Congress of Vienna was also dominated by tensions with the Teutonic Order, who, under the Grandmasters Friedrich von Saxony, elected in 1498, and his successor, Albrecht von Hohenzollern, elected in 1510, to get rid of stipulations in the Second Peace of Thorn (1466).

The Vienna double wedding greatly improved the political standing of Poland-Lithuania by making it almost impossible to form an alliance against Sigismund the Old. Poland was also increasingly involved in the war between Lithuania and Moscow, although the Russian-Lithuanian border was altered to Lithuania’s disadvantage. In 1519-20 war broke out between Poland and the Teutonic Order. Polish troops successfully prevented the Holy Roman Empire from supporting the order. Influenced by Martin Luther, Grandmaster Albrecht von Hohenzollern put forward a radical solution.

In April 1525 he signed the Treaty of Krakow, which secularized the state of the Teutonic Order in Prussia. Albrecht von Hohenzollern became its secular ruler, a vassal of the King of Poland, and adopted the Lutheran faith both for himself and for his new realm. At the same time, the Polish king was also able to strengthen his position in the western part of the Teutonic Order’s former territory – i.e. Royal Prussia” – which had been under direct Polish rule since 1466. In the region’s important Hanseatic cities (Gdansk, Thorn, and Elbing), the growing influence of the Reformation led to protests against former urban elites. A decisive reaction by the King quickly ended these protests. 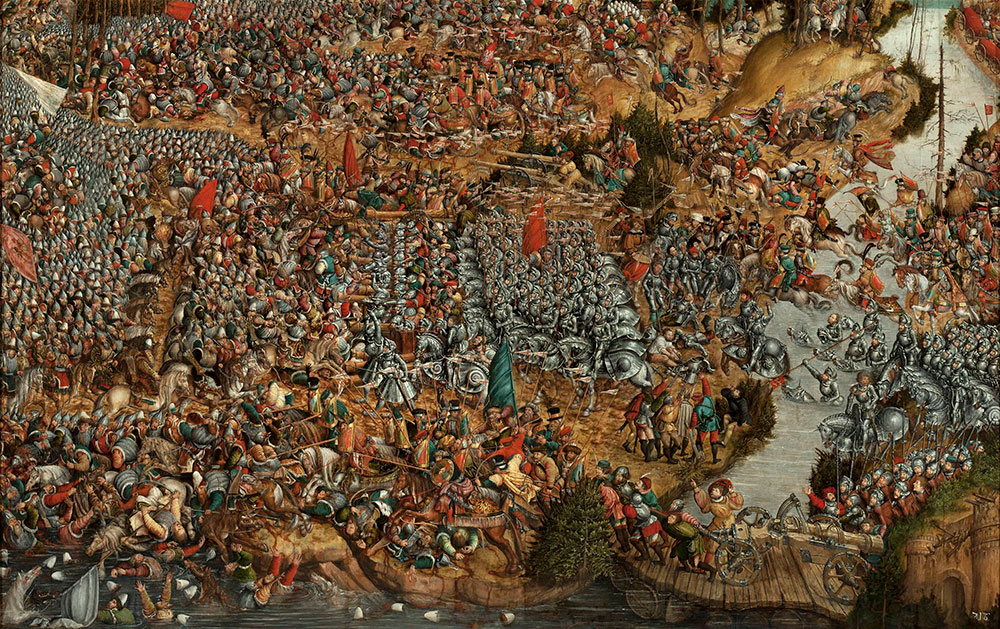 Zoom
The Battle of Orscha

Zoom
The Sword of Sigismund I

Poland was also politically involved in Western Europe, forming an alliance with France in 1524 and trying to act as a counterbalance to the Habsburgs (Emperor Charles V, Maximilian’s successor, and his brother Ferdinand I) and their policies, partly directed against the Hungarian Jagiellons. However, the French defeat at the Battle of Pavia (1525) also meant the end of this political strategy. There were also attempts to regulate the legal status of Masovia , a fiefdom of the Polish kings ruled by the local Piaste family. In March 1526 the last member of this dynasty, Duke Janus of Masovia, died. In 1529, the Polish sejm ruled that Masovia would become part of Poland while retaining certain legal rights. Also in this period, Sigismund’s second wife, Bona Sforza, also played an important role in contemporary Polish and Lithuanian politics. Sigismund married Bona in 1518, following his short marriage to Barbara Szapolyai/Zapolya (1512-1515). Bona was a Sforza princess, which had formerly ruled Milan. She introduced many political concepts to Poland popular in Renaissance Italy, especially the idea of a politically and financially independent monarch. Her position was further strengthened by the birth of a successor (the later king Sigismund August) in 1520. Her political understanding and the formation of a party composed of her followers enabled her to ensure her son’s accession to the throne of Lithuania in 1529 and of Poland in 1530 even though his father was still alive (vivente rege). In the 1530s Bona pursued economic policies designed to strengthen the dynasty’s economic power and to reform Lithuania’s agricultural structure. Her efforts reinforced the court’s position as a political center. She also founded new castles, schools, and hospitals.

Aristocratic Culture in Poland and Lithuania

The Polish nobility exercised increasing power at the time of the Congress of Vienna in 1515. Unlike the rest of Western Europe, the Polish crown was not able to reduce the power knights had attained in the Middle Ages. After ascending to the Polish throne, foreign rulers (Ludwig of Hungary and the Jagiellons) tried to curry favor by conveying on the nobility various economic and political privileges. These included the right to own land, and immunity from imprisonment until sentenced by a court.

Along with increased Polish grain exports to Western Europe, the reclaimed land at the mouth of the River Vistula in 1466 was a major factor in the growing wealth of the nobility. The foundation of the sejm (Polish parliament) in 1493 further strengthened the dominant position of the elites. In the sejm, sejmiks (representatives from the diets of different provinces, typically members of the gentry) participated alongside the Senate, which comprised representatives of the nobility. Although were equal in the sejm, the 1505 law of Nihil Novi gave the sejmiks the right to veto all decisions made by the sejm.

. Because of this, Poland developed into a Noble Republic. Under Sigismund the Old and his successors, the gentry fought the nobility for power in the state. Claiming executio iurium et bonorum, the gentry tried to institute equality for all aristocrats by law, realize equal access to royal domains as well as the use of the gains for financing state expenses. Their ideology was deeply influenced by the Reformation. Many noblemen became Protestants (especially Calvinists) in the decades after 1517, unlike the Senators, among whom the Catholic bishops played an important role. In the Grand Duchy of Lithuania the noblemen who made up the council of the Grand Duke (as well as those from Ruthanian ducal families) enjoyed a dominant position at the turn of the sixteenth century. This power was closely connected to the fact that the council represented the country during the ruler’s frequent absences. The Edict of the Lithuanian Statutes passed by Sigismund the Elder in 1529 symbolizes this development of the legal culture of the Lithuanian Grand Duchy. In the following decades a strong Polish influence resulted in the gradual legal and political emancipation of the Lithuanian-Russian gentry (the Bojar). 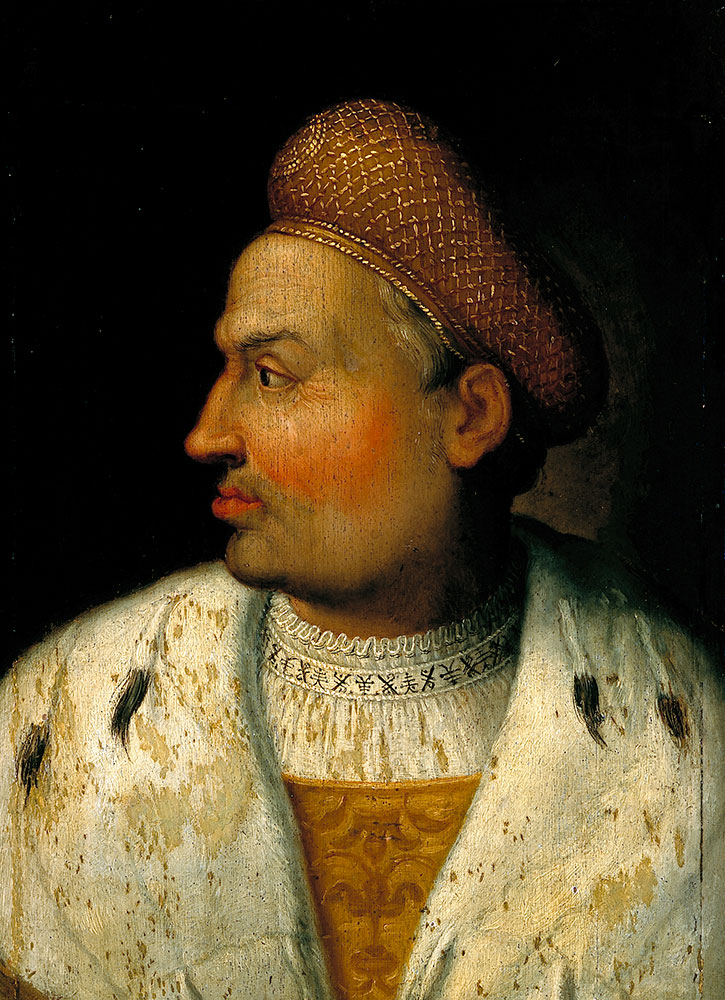 Zoom
Sigismund I the Old
HungaryAustria
to top