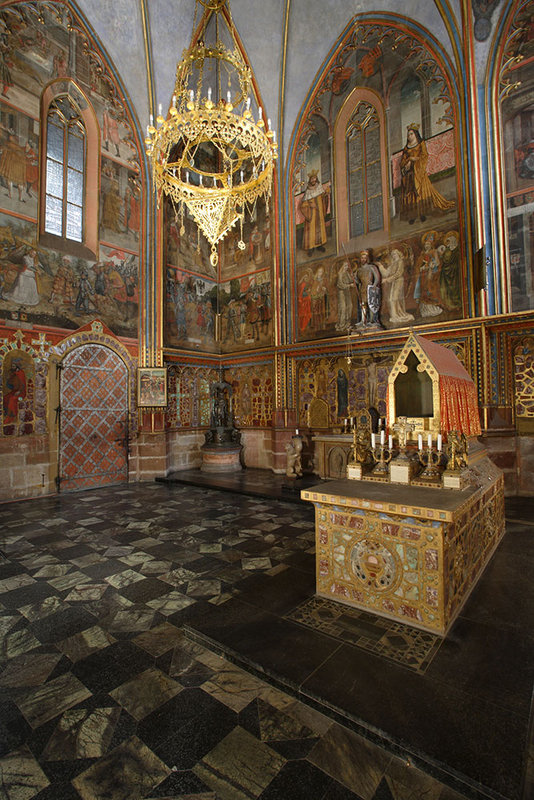 the Miracles of St. Wenceslaus in the diet portrait of Wladislav II and Anna
Porträts of Vladislav II. und Anna)
Master of the Leitmeritz Altarpiece, 1471(?)-1509
© Adminstration of Prague Castel. Photo: Jan Gloc

The wall paintings in the Chapel of St. Wenceslaus, the center of the cult of the country’s patron saint, were produced after the arrival of Vladislav II in Bohemia. The paintings on the upper part of the wall depict scenes from the life of the saint. In preparation for Ludwig’s coronation in 1509, the chapel was decorated by the Master of the Leitmeritz Altarpiece. He depicted additional scenes from the life of St. Wenceslaus for example, the arrival of the bones of St. Vitus at the diet, and a portrait of the ruling royal couple Vladislav II and Anna of Foix.
Antonín Kalous