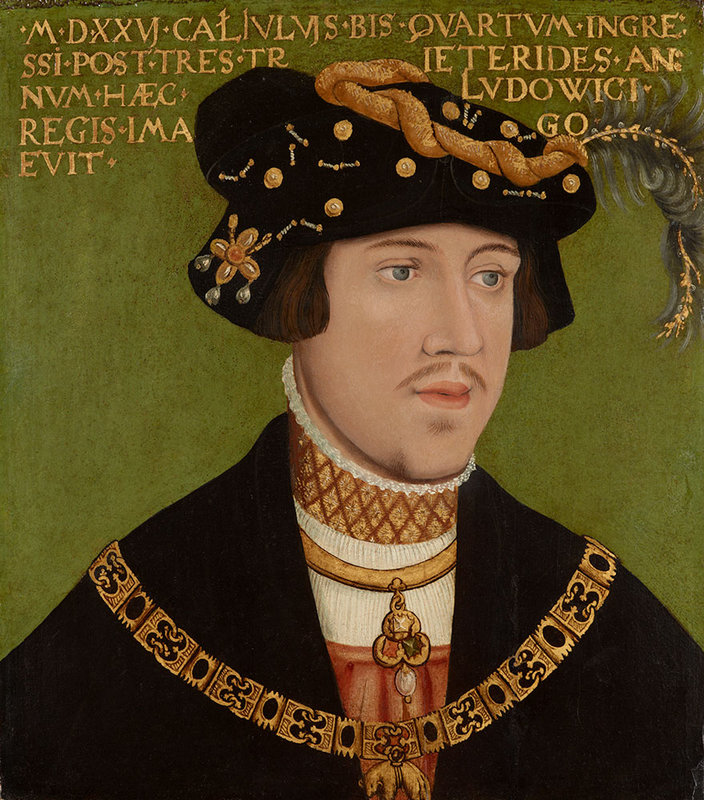 Portrait of King Ludwig of Hungary and Bohemia

In 1522, Hans Krell was commissioned to paint a portrait of the newly married Archduchess Maria and King Ludwig II of Hungary and Bohemia. Krell completed several versions of the painting to send as diplomatic presents to friendly courts and relatives. Documents from 1526 list the intended recipients of these paintings. The royal couple retained one copy for themselves, while replicas were sent to the Margrave George of Brandenburg and King Sigismund of Poland. Another one was sent to “sein maj. frawen Margrethn”, most likely Margaret of Austria, who was governor of the Netherlands and the aunt of Maria, Ludwig’s wife. SK