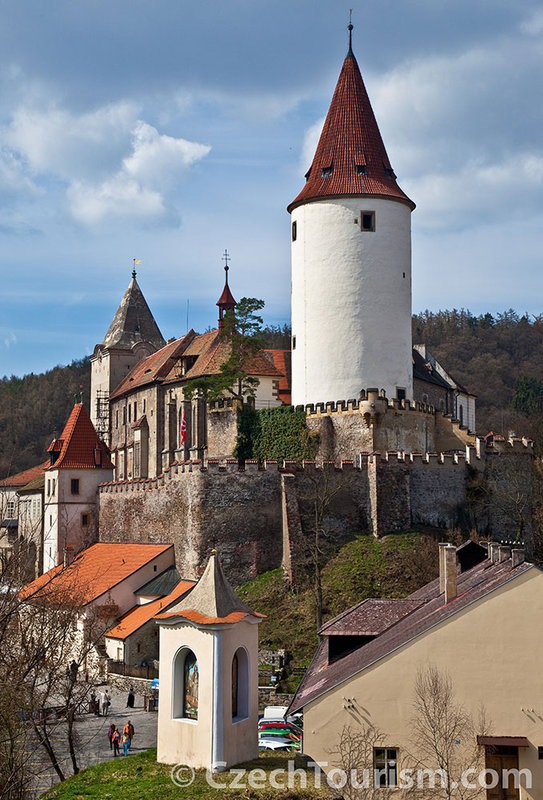 Křivoklát/Pürglitz - was one of the most important royal castles from the late Middle Ages. Its location close to Prague explains the rulers’ partiality, although the castle was no longer in use after Vladislav relocated his court to Buda. All the state rooms were rebuilt, especially the great hall on the first floor of the castle, but also details like portals and their decoration, and corridors. The sculptural program included busts of King Vladislav and King Ludwig. All the leading royal master architects participated in the work on the building, which was almost completely destroyed in a fire in 1643. What we see today was rebuilt in the 20th century.
Antonín Kalous