The Congress of Vienna in 1515 is a historic event of seminal importance for Central Europe. This diplomatic meeting in Vienna 500 years ago laid the foundations for Danube Monrachy under habsburg rule that lastetd until 1918.

This web page presents the Congress of Vienna from 1515 in all his political, social and artistical importance. Scholars from all successor states of the Habsburg Danube Monarchy contributed to this project. The prehistory and the consequences of the diplomatic meeting from 1515 will be highlighted, but also the history and arts oft he countrie’s cities and nobility. The web page brings together objects and locations that are important in the context of the Congress of Vienna from 115. 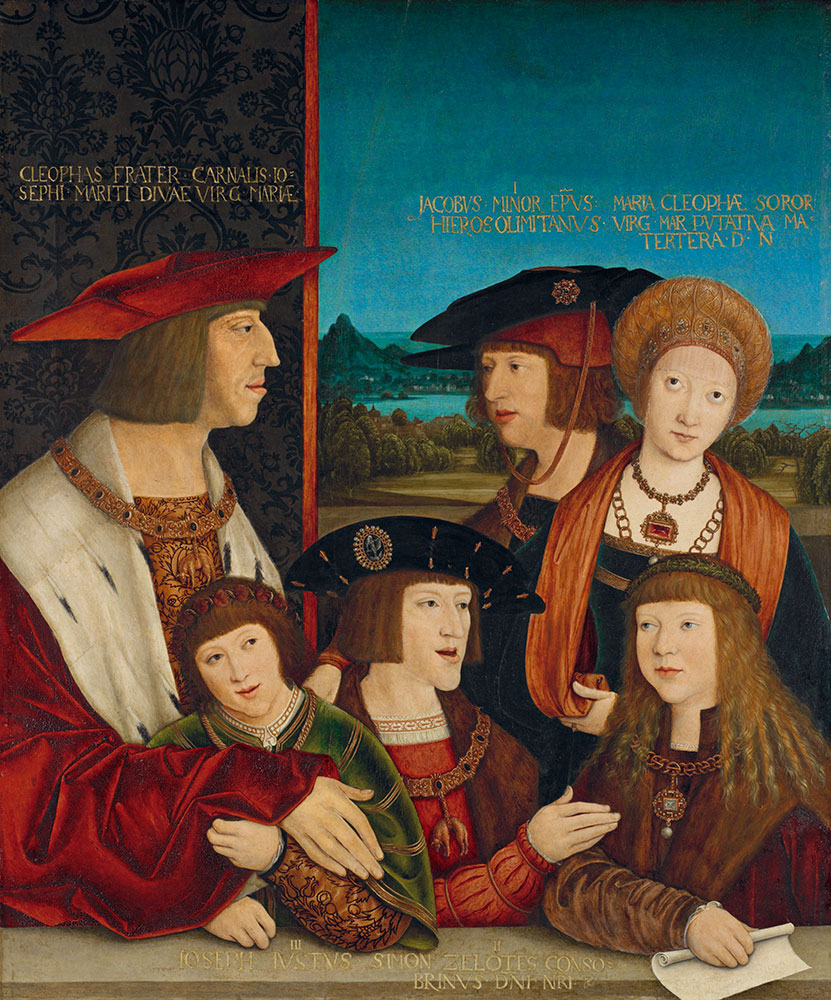 Zoom
Portrait of the Family of the Emperor Maximilian I

After the wars of succession and the internal quarrels during the first half of the 1490s – against the normal historical tradition - the reign of Wladislav/ Vladislav II in Bohemia (1471-1516) and in Hungary (1490-1516) was stable but not without problems. The king did not wage war against Christian countries because the growing Ottoman pressure along his southern border demanded a permanent military presence and his full attention; protecting his border castles and paying for a permanent army caused insurmountable financial problems. During most of the reign of Wladislav/ Vladislav there was peace between the Kingdom of Hungary and the Ottoman Empire, but along the border there were continuous incursions, fighting and sieges. 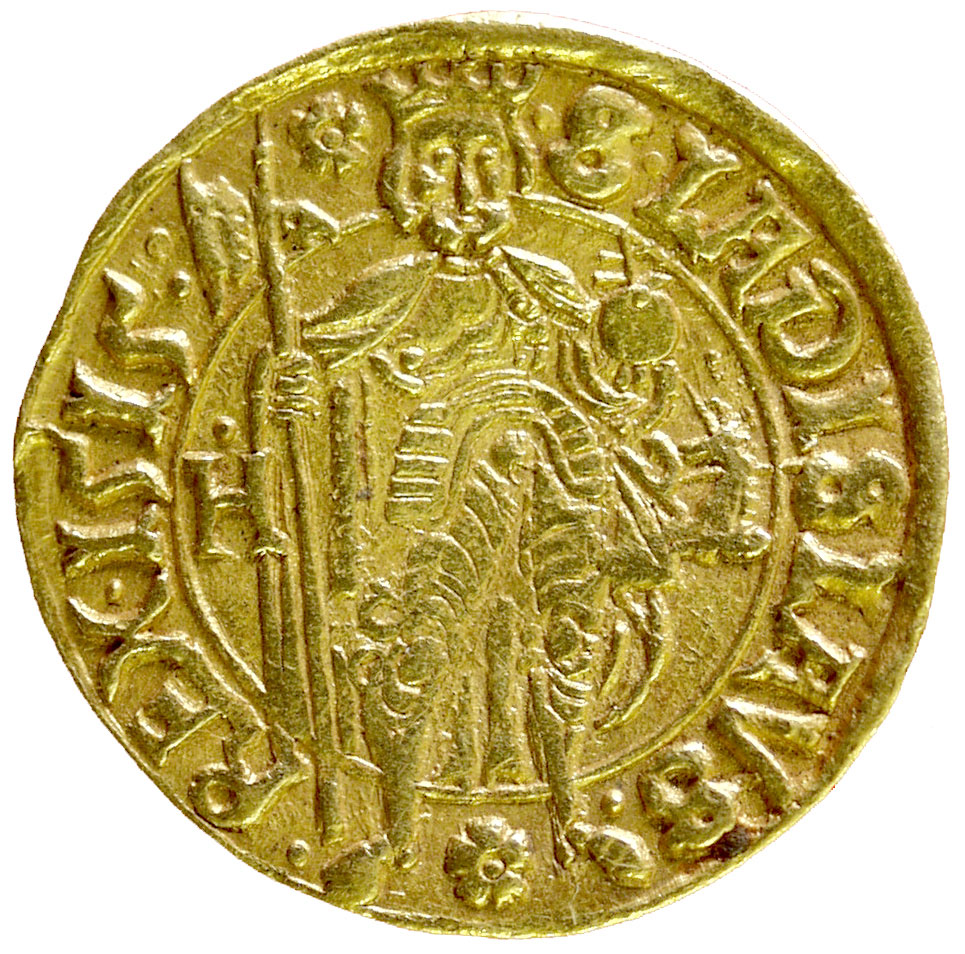 The border castles were able to repel attacks, and it was a dangerous sign when the Banat of Srebernik (today Srebernik, in Bosnia/Herzegovina) was lost in 1512. It inspired the king’s foremost chancellor, Johann Bakócz, to organize a crusade, but this campaign against the Ottomans turned into a peasants’ uprising. Another campaign led by the Woiewod of Transylvania, Johann Szapolyai/ Zápolya, also faltered. The Woiewod was defeated near Zsarnó (today Zarnov in Serbia).

Wladislav/ Vladislav II inherited a difficult political situation from his predecessor, Matthias Corvinus. The royal estates were small compared to the huge estates held by the baronial families. In the case of the Szapolyai/ Zápolya family, who had been raised by King Matthias from the lower nobility to the ranks of magnates, this created a problem that continued during the entire period. Wladislav/ Vladislav tried to balance the premeninence of the Szapolyai/Zápolyas by giving the huge fortune of Johann Corvinus, the son of King Matthias, to Markgraf/Margrave George of Brandenburg. The marriage of his brother King Sigismund of Poland to Barbara Szapolyai/Zápolya in 1512 also ensured the loyalty of the Szapolyai/Zapolya family.

In his final years the king, often ill after 1504, tried to secure the succession of his son. He organized Ludwig’s coronation of as King of Hungary and Bohemia, and created a new aristocracy that was loyal to the House of Jagiello. And from the old baronial families he recruited many lords for him and his son. Although Wladislav’s/ Vladislav’ s financial difficulties forced the king to maintain close relations with the Estates, the king and the royal court were (nevertheless) able to control the interior. 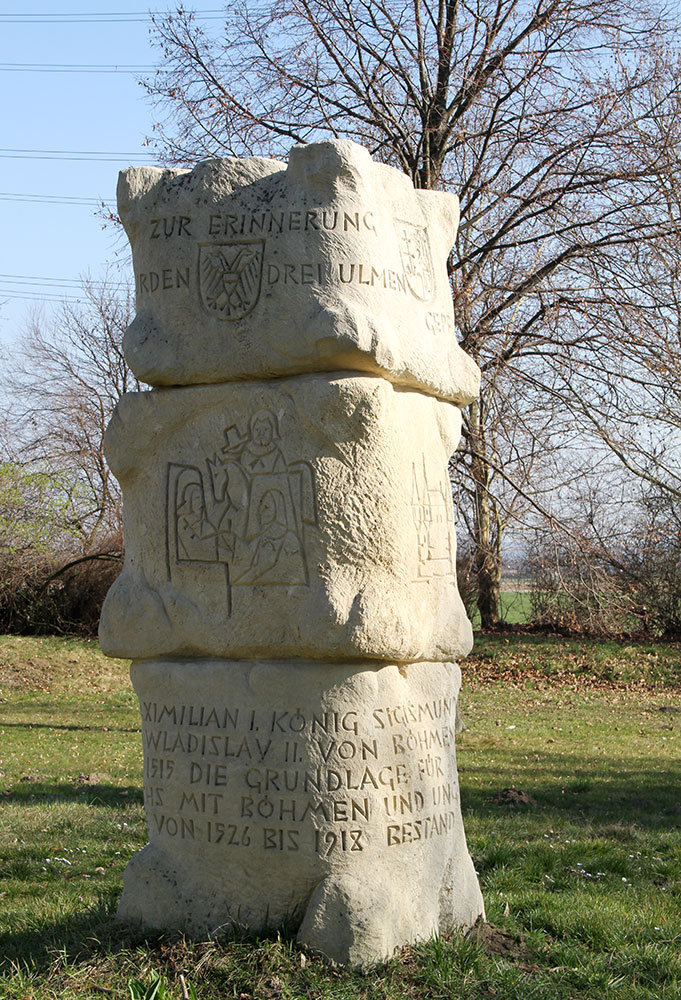 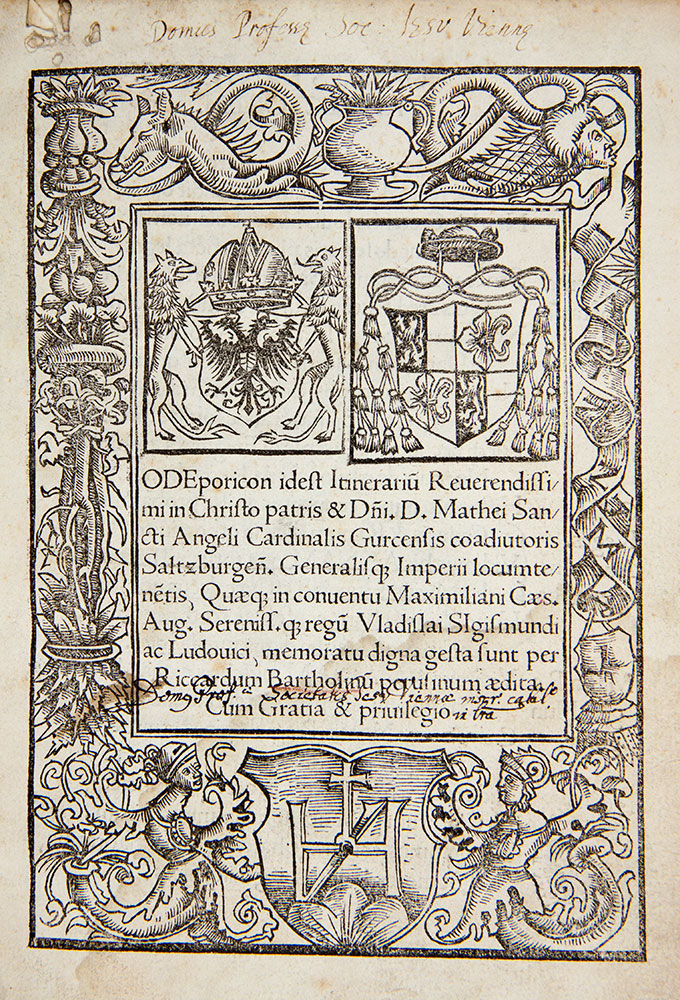 Zoom
Report of the Voyage of Cardinal Lang to Pressburg and the Festivities in Vienna Riccardo Bartolini, Odeporicon 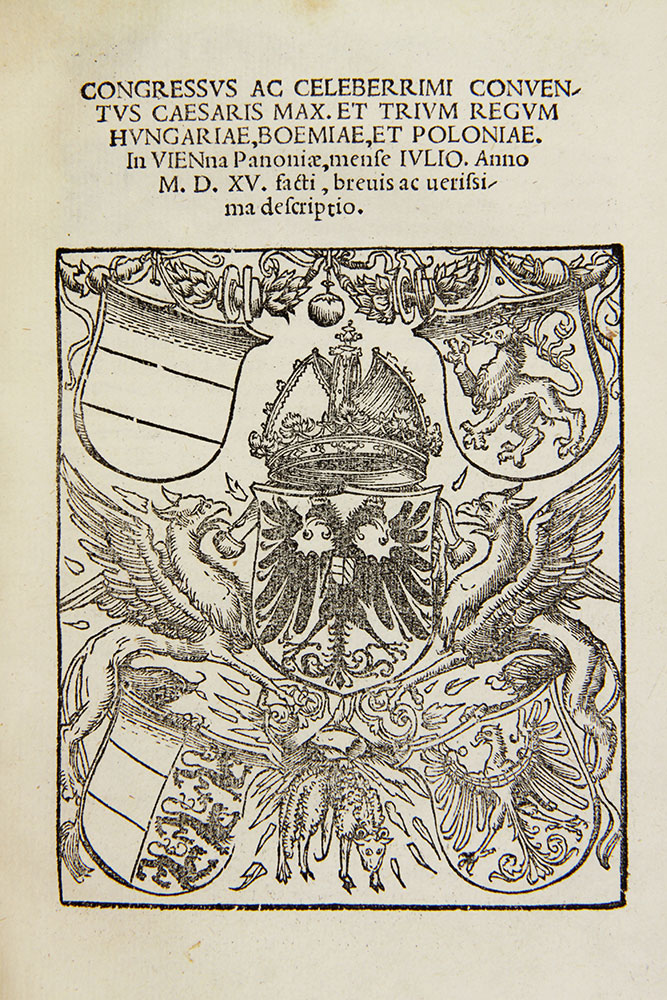 Zoom
The Latin Report of Johannes Cuspinian of the Viennese Congress 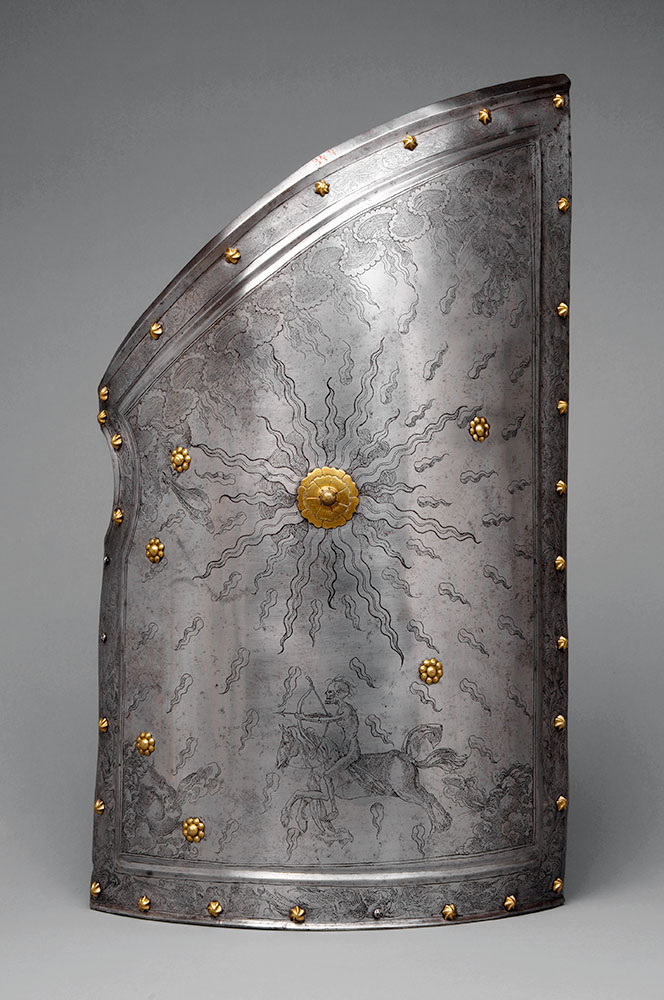 After years of diplomatic preparation led by Johannes Cuspinian at the Hungarian court, an alliance of family and friendship was finally realized in 1515 during the meeting of Maximilian, Sigismund of Poland, and Wladislav of Hungary and Bohemia in Vienna. The two Jagiellon brothers had met just before in Pressburg, where Sigismund held a splendid entrance on March 23rd. Initially, there was little to indicate that this congress had been a success. In particular, the deaths of leading Habsburg envoys Bartholomäus von Münsterberg and Veit von Fürst appeared to be an evil omen. 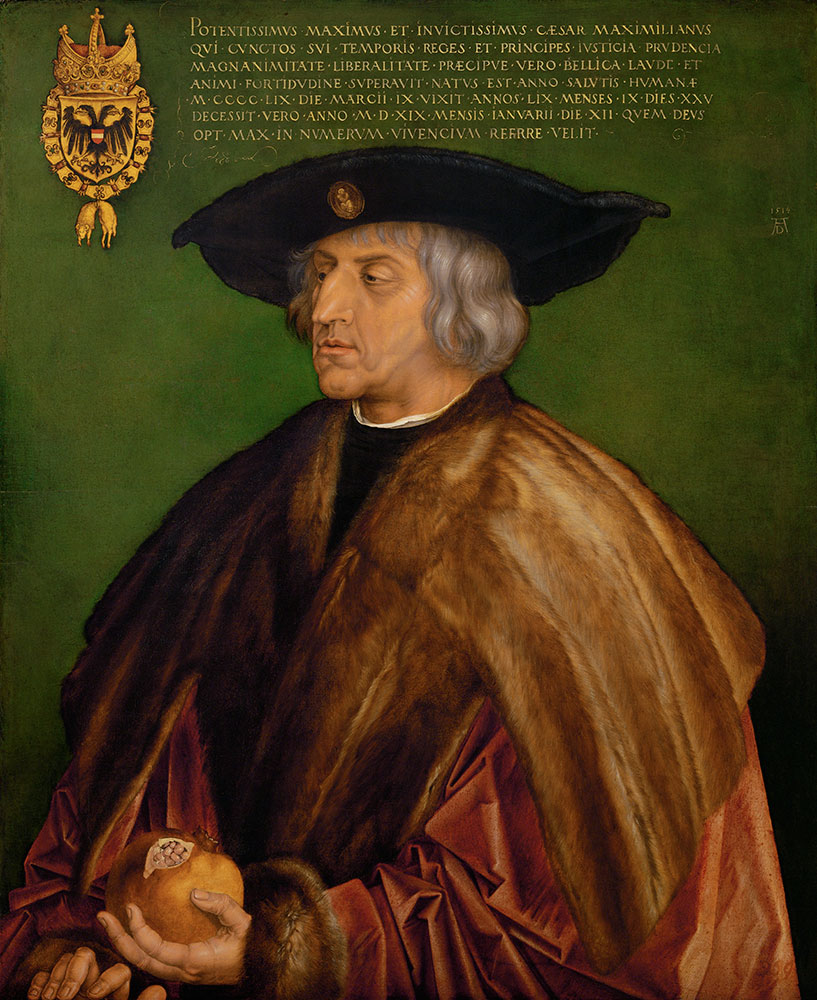 Zoom
Portrait of Emperor Maximilian I

The great fire in Pressburg may have been a deliberate act of sabotage by the anti-Habsburg party, led by Johannes Zápolya, to delay the proceedings. Maximilian waited four months His hesitation was likely connected to the change of government in France, the tense political situation in Italy, and the fact that his grandson Charles had been declared of age. Maximilian also needed time to prepare the necessary finances for Jakob Fugger to appear as his representative.

Another imperial representative, Cardinal Matthias Lang, also negotiated with the Jagiellon kings (specifically, with their chancellors Krzysztof Szydlowiecki and Tamás Bakócz). These negotiations enabled preparative treaties to be signed on May 20th. Maximilian entered Vienna on July 10th, where already a great number of dukes and dignitaries of the church had already gathered. The first meeting between Maximilian, Sigismund, and Wladislav was arranged for July 16th. It would take place near Trautmannsdorf/Leitha, halfway between Pressburg and Vienna, and the monarchs would greet each other in Latin. Sigismund accepted the invitation to continue to Vienna, although the Jagiellon remained mistrustful/wary.

On July 17th, despite heavy rainfall, the three emperors entered the city in a glorious and theatrical progression. Two days later, Maximilian opened talks with a speech in which he emphasized the importance of Habsburg-Jagiellon alliance against the threat of Turkish invasion. The weeks that followed were filled with negotiations, banquets, and tournaments. The treaties (including a secret treaty in which Maximilian adopted Ludwig and appointed him Vicar of the Empire) were ratified and dated on July 22nd. The events culminated with the double wedding, which took place in St. Stephen’s Cathedral during a great mass celebrated by the Viennese Bishop Georg Slatkonia.

In full imperial regalia, the 56-year-old Emperor Maximilian stood in for his young grandsons and made the promise of marriage to Anna Jagiello, who was twelve years old. Although one of his grandsons was intended for the young princess, Maximilian promised to marry Anna in case neither Ferdinand nor Charles could fulfill their promise. Afterwards, the nine-year-old Maria and Ludwig were wed. A friend of Maximilian, Siegmund von Dietrichstein, was awarded the special distinction of marrying Barbara von Rottal on that same evening. The congress officially ended on July 28th, and Johannes Cuspinian had the honor of publicly reciting the Habsburg-Jagiellon friendship treaty. Following a deer hunt in Wiener Neustadt, the monarchs separated; however, high water on the Danube delayed Sigismund’s return voyage.

Contemporary sources speak of the great impression made by Sigismund and his Rhotanian, Lithuanian, and Tartar riders, especially regarding their foreign dress and music. Two detailed reports by Johannes Cuspinian and Riccardo Bartolini were printed in 1515 also recount the luxurious presents exchanged between the rulers, including jewels, armor, textiles, and furs. They also report the tearful farewell between Wladislav and Ludwig, and Anna, who would be educated together with her sister-in-law, Maria.